http://ogoapes.weebly.com/uploads/3/2/3/9/3239894/melting_tundra_releases_carbon_dioxide_quickly_scientific_american.pdf
Summary:
High temperature can cause tundra to melt and further more severe consequence which is global warming. Exposure to the sunlight speeds up the conversion of Arctic soil carbon into carbon dioxide, it directly raises the temperature. High temperature increases the collapses of permafrost. Permafrost is long-frozen Arctic ground creating large holes in the tundra and landslides and it is such a rich potential source of the greenhouse gas. For insistence, if all the permafrost melted, the amount of heat-trapping carbon dioxide in the atmosphere could double. This leads to another outcome which is  high temperatures melt Arctic soil, which then releases even more carbon dioxide, helping create additional warming. Permafrost carbon would flow to the Arctic Ocean with little immediate impact on the atmosphere when finally released from its resting spot.

Existing carbon usually comes from annual thawing of the thin, active layer of soil resting on top of the permafrost, but nowadays, the carbon dioxide increases in an incredible amount since sunlight exposure increases the bacteria conversion of ancient permafrost carbon to carbon dioxide in the soil. All in all, the collapses of Arctic soil or thermokarst failures are the root of the process because it causes warming twice as fast as the global average by mixing it up. Ancient carbon in the soil is really sensitive to sunlight because it prefers to be somewhat baked but not overly baked, thus, when the soil is being exposed, it absorbs light which breaks down into compounds easily respired as CO2 via bacteria in water pathways.
Reflection:
The reason why I chose this topic is because I thought that was associated with our daily life and it is going to harm the people if we still do not realize about it. Additionally, in the face of this threat, the release of CO2 from surface waters is small relative to the overall huge stocks of soil carbon frozen in the permafrost. The most interesting part in the article for me is actually the bacteria,They found that sunlight increases the bacterial conversion of soil carbon to carbon dioxide by at least 40 percent compared to soil that remains in the dark. If we go into specific, melting tundra is caused by global warming, global warming is cause by too much of the carbon dioxide in the atmosphere, and too much of CO2 is caused by human intervention. Thus, we should stop deforestation and start replanting. 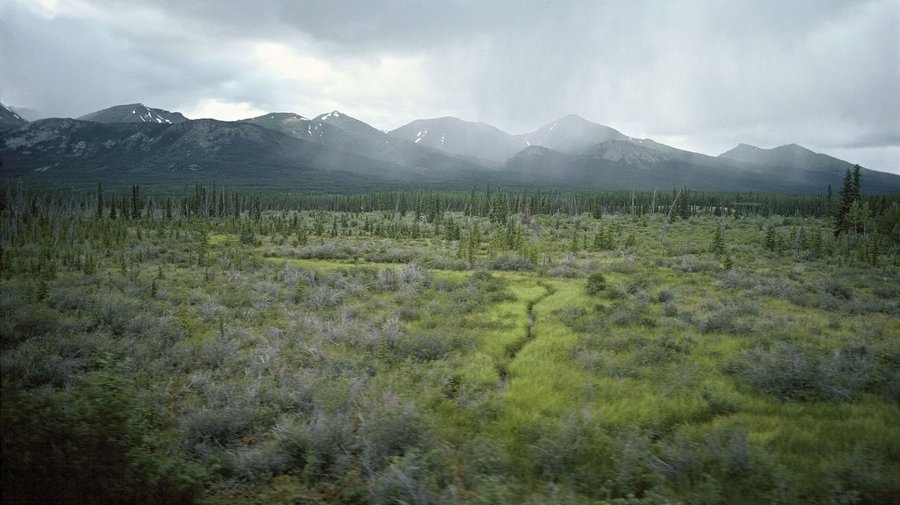