By PASCALE BONNEFOY and SIMON ROMEROSEPT. 17, 2015 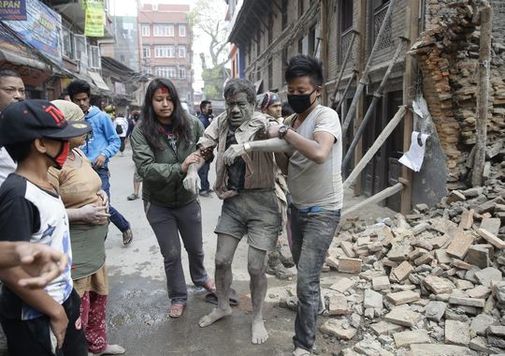 Summary:
In Chile, the coastal cities suffered extensive damage from the powerful earthquake that struck the region in September 16, 2015 at night. The earthquake happened in Chile has already 11 people known to have died from the magnitude 8.3 quake on September 17, 2015. The shake kept about three minutes. More than one million people were evacuated from coastal regions to escape the tsunami produced by the quake, which was centered a few miles offshore.  In Coquimbo, a port 285 miles north of Santiago, a lot of facilities were damaged such as fishing vessels and shipping containers even wrecked houses could be seen around the city's downtown area. The earthquake happened in this year is not the first earthquake in Chile. There were some other earthquakes happened in Chile in the past, for example, a magnitude 8.8 earthquake in 2010 that left 525 people dead, 81 of them after the tsunami struck with no public warning from the government.

The mayor, Lorenzo Torres told reporters that the earthquake on Wednesday was "generated a lot of fright," but was " fortunately not very harmful in this sector." On the day, after the earthquake happened in Chile this year, it had about 100,000 families lacked electricity. Some Chileans said that the government needed to do more to build public trust and confidence in its response to earthquakes due to the reason the government was being too slow to impose a state of emergency.

Reflection:
Earthquakes can cause some severe damages to the environment in several ways. The first one is the direct shaking hazards and human-made structures, a tremendous amount of people can be killed immediately due to the easily collapsible structures. The second one is landslides and liquefaction, buildings aren't the only thing to fail under the stresses of seismic waves, often unstable regions of hillsides or mountains fail, in some cases, when the surface is underlain by a saturated, sand rich layer of soil, prolonged shaking can cause the expulsion of fluid from the sand layer resulting in large "sand blows" that erupt through the overlying strata. The last but not least is the tsunamis, they are the result of a sudden vertical offset in the ocean floor caused by earthquakes, submarine landslides, and volcanic deformation, also tsunamis can kill a lot of people too.

Next Steps:
Earthquake is a natural disaster therefore we can prevent the injuries of people and collapses of buildings in some easy steps. The first thing we should do is to practice drills: You need to drop down onto your hands and knees; cover neck and head; and hold on to your shelter. The second thing is to get evacuation plans. The third thing is to establish priorities. The fourth thing is to write down important information. The last thing is to gather emergency supplies.