http://ogoapes.weebly.com/uploads/3/2/3/9/3239894/chinas_new_birth_rule_cant_restore_missing_women_and_fix_a_population_-_scientific_american.pdf
Summary:
A few weeks ago, the Chinese government had ended one child policy in China because the Chinese leaders expect to have a baby boom in order to help the economy back to track since there are not many work forces and people to support elders. Unfortunately, this decision seems unlikely to have the situation they anticipated. At the meantime, one child policy created a population swollen with tens of million surplus men from sex-selective abortions due to pregnant women used ultrasound to know the sex of fetus and considering about abortion if it was female. Major reason why it occurred: men can carry forward the ancestral life since children's last name is given by father. Around 1980, Chinese leaders began the policy, that really controlled the population size in China, but that also caused some severe problem, for instance, the gender and age imbalance emerged after the policy. Although, the imbalance of gender and age happened after the policy drastically, it also happened in China's history, couples would kept having babies until they have a son. The after-effects of one child policy brought up people's attention in 2013, thus, the government decided to allow certain families to have two children. In fact, that leaded to a sudden baby boom but afterwards it did not have a big change. In the future, China's population is going to a counterpart of Japan.
​
Reflection:
The one child policy really affected the country negatively in my opinion. Because the Chinese leaders did not think about the long-terms influences of the policy. It creates imbalance of gender and age, although it happened in the past whether the policy existed or not. Chinese people tend to desire a boy over a girl because they think males can carry forward the ancestral life, thus they do every single way they can in order to know the sex of the fetus and have abortion if it is female. I think it is unfair for the females and that can also cause another problem which is Chinese men do not have anybody to get married with at all. ​Perhaps by that distant year China’s leaders will have figured out new, respectful ways to value women in society, and can also get the economy back on track. 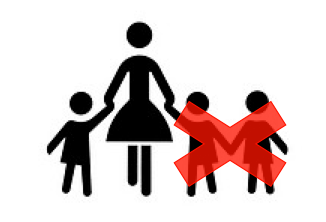