http://abcnews.go.com/US/wireStory/fierce-california-wildfire-claims-life-true-adventurer-33762483
Summary:
In California, a lot of wildfires are happening now that caused many citizens homeless also hopeless due to the wildfires in Middletown. A number of people saw the massive flames sped Saturday through rural Lake County, less than  miles north of San Francisco. It is not the first time we have seen wildfires in California but this time 585 homes were known to be destroyed and the number was expected to increase. The community of Cobb, the place where the blaze was first spotted. This wildfire has already causing people hopeless due to the lost of all the properties. An elder had confirmed dead after this wildfire.

Actually in July, there were other wildfires happened in Lake County, the first one was in July the wildfire in east of Clear Lake destroyed 43 homes as it spread across more than 100 square miles; the second one happened in August it was few miles from the community of Lower Lake. Wildfires could be devastating to people, a lot of the residents even cried out on the way back to their homes.

Reflection:
I chose this article because it was very attractive/eye catchy to me on account of my previous knowledge of the wildfires in California. I already know that it is going to have wildfires around this time especially the drought can cause it worse. The reason why California has so many wildfires is because the climate is very arid, the forestation in California is highly flammable and last but not least the winds can easily spread the fire out 50 miles.  I consider wildfires as environmental issues is not only because it causes the loss of property also because the forests were being burned down. As we already know that trees are extremely important to people, it is obbligato in producing of oxygen.

Next Steps:
We cannot really do something that is effective to wildfires immediately but we can do is to be prepared. Due to the report of approximately 90% of all wildfires in California are caused by people which means it might be a group of people go camping and use campfires improperly that can directly cause a wildfire. Thus, when you are done using campfire make sure that all the sparks are disappeared. Last but not least, we need to prepare a route where you can just escape from the wildfire as soon as possible. 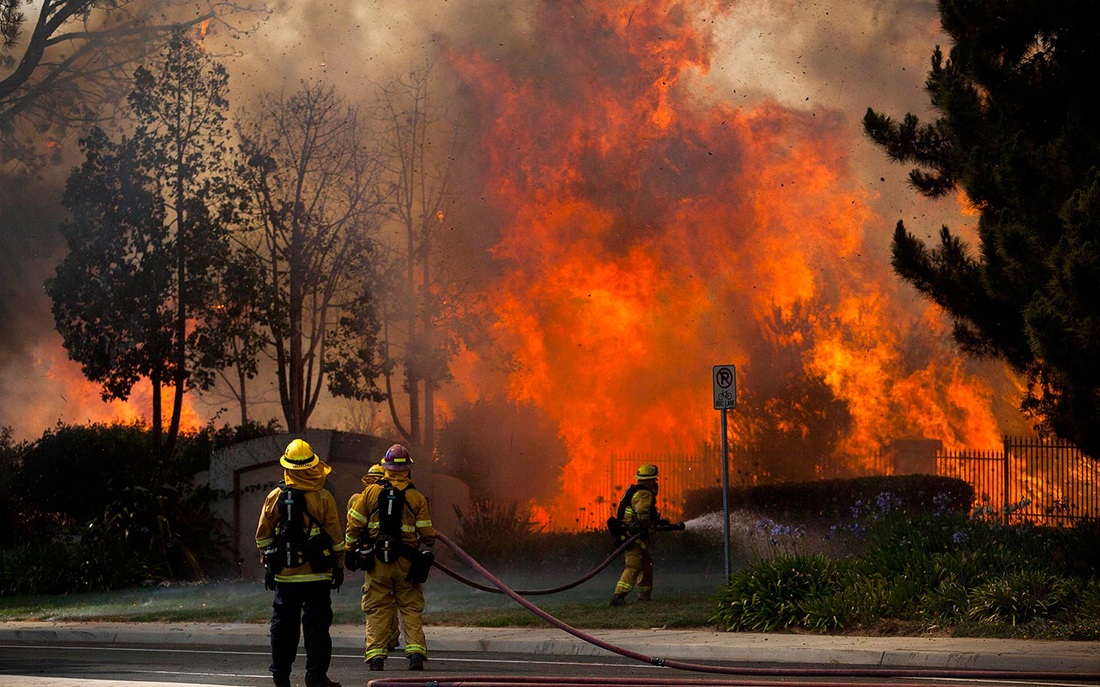